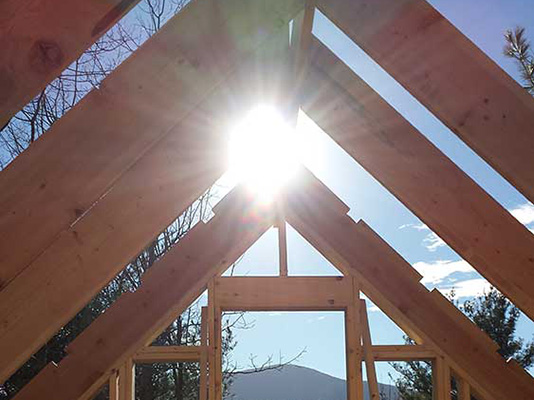 The two-story stone structure next to the mill on the banks of the Pocantico River at Philipsburg Manor Upper Mills was constructed by Frederick Philipse in the 1680s, and doubled in size around 1720, probably by his son Adolphus. The building originally served as the administrative office and site manager’s residence for the northern portion of one of the great Hudson Valley manors of the seventeenth-century. Following the American Revolution, the manor was dissolved and throughout the nineteenth and early twentieth centuries, subsequent owners altered and enlarged the building, in the process concealing its original appearance. Saved from demolition in the 1930s, the structure was extensively remodeled during two separate restoration campaigns – first in the early 1940s and again in the mid-1960s – in attempts to return the building to its eighteenth-century appearance.

As a principal and project manager for John G. Waite Associates, Architects, PLLC, Robert A. Petito Jr. managed projects undertaken by the firm at the historic site. A thorough physical and document analysis of existing architectural features and a conditions assessment were conducted to provide comprehensive recommendations for appropriate treatment of architectural features installed in the mid-1960s. This included review of historic photographs taken during the two twentieth century restoration programs, review of existing architectural plans, and observation of physical features and details in the building. A report of recommendations for treatment and systems repairs and restoration, and a preliminary budget, was estimated. Architectural and engineering documents for bidding and construction work were prepared that included: stone masonry repairs; replacement of solid oak window frames and casement window sash; replacement of wood siding; replacement of wood shingle roofing and flashings, plaster repairs; interior and exterior painting; complete replacement of electrical power and lighting systems; installation of code compliant smoke and fire detection and alarm systems; installation of a light sensitive LED accent lighting system at the interior; and, site work.

As a secondary project, fragments of lead cames discovered during archaeological excavations at the site were used as the basis for designing a conjectural restoration of a seventeenth century leaded glass casement sash that may have been present as part of the building when originally constructed. As part of research for the design, the architects examined the several surviving leaded glass casement sash preserved in museum collections in the Hudson Valley and compared stylistic and construction details with similar sash visible in paintings of interiors painted by seventeenth century Dutch artists. A sample sash was recreated for exhibit by Historic Hudson Valley.